Public invited to ‘A Virtual Conversation about the Flint Water Crisis’ 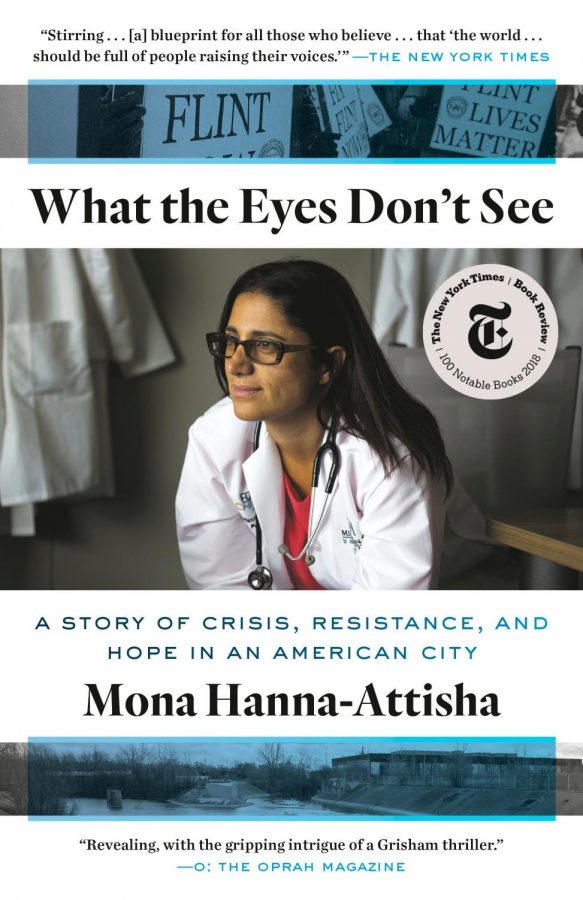 The public is invited to “A Virtual Conversation about the Flint Water Crisis” with Dr. Mona Hanna-Attisha, the pediatrician who uncovered the catastrophe in 2014, on Monday, March 22, at 7 p.m. Peggy Maniates, executive director of the USS Silversides Museum, will facilitate the discussion with Hanna-Attisha, who wrote What the Eyes Don’t See: A Story of Crisis, Resistance, and Hope in an American City.

In 2019-20, the book was chosen by the Michigan Humanities Council for the Great Michigan Read, which selects a Michigan-based book every two years for state-wide reading and discussion. Because the emergence of COVID-19 delayed much of the planned programming last year for Hanna-Attisha’s book, events were postponed until now.

“I’m glad that What the Eyes Don’t See was selected as the Great Michigan Read (GMR). It is a book we need to read—a book we need to discuss” said Dr. Theresa Kanoza, Instructor of English at MCC. Kanoza (and several MCC staff) were closely involved in Dr. Mona’s visit and spearheaded a campus-wide book discussion last April; however, plans were suspended due to the COVID-19 pandemic. “This project was the result of wide collaboration, facilitated by state leadership and enthusiastically taken up by schools across our district. Safety measures for Covid 19 set our planning back, but we adjusted and persevered” Kanoza added.

Shelly Hendrick Kasprzycki, Michigan Humanities president and CEO, hopes that reading What the Eyes Don’t See will encourage Michigan citizens to increase opportunities for civil discourse on topics ranging from water quality and access to environmental injustice and the intersection of humanities and science. “Dr. Mona Hanna-Attisha’s willingness to fight for children and tirelessly advocate for change in and beyond Michigan will have readers cheering as she follows the science and her young patients’ experiences to uncover one of the state’s worst public health catastrophes,” Kasprzycki said.

Hanna-Attisha is the founder and director of the Michigan State University and Hurley Children’s Hospital Pediatric Public Health Initiative, an innovative and model public health program in Flint. Currently an associate professor of pediatrics and human development at the MSU College of Human Medicine, she has been named one of Time magazine’s 100 Most Influential People in the World for her role in uncovering the Flint water crisis and leading recovery efforts. She was one of the first to question if lead was leaching from the city’s water pipes after an emergency manager switched the city’s water supply to the Flint River in 2014. She also is committed to increasing literacy in Flint and elsewhere.

Hanna-Attisha said she was honored to have What the Eyes Don’t See chosen for the 2019-20 Great Michigan Read, and said the concepts of place and history are critically important to her book. “From the resistance of the Flint sit-down strikers to the reign of demagogue Charles Coughlin, Michigan’s DNA is full of history – some good and some bad and some shared and some hidden – which we must understand in order to address our present-day challenges,” she said. “Like so many Michiganders, my story is an immigrant story. It was critical to share this part of the story in this memoir because it informs how I see the world and the work that I am privileged to do.”

“Dr. Mona is an inspiration” noted Kanoza.  “She stayed true to her oath to treat the ill and serve the needy, and she refused to look away from injustice when pressured to do so. Her example reminds us that we are our brother’s keeper.”

This event is and open to the public. The online hour-long discussion requires pre-registration. To sign up, visit https://tinyurl.com/cuj5845j