Professor Conor Roddy: In a Land Far Away from Home

MCC professor in lockdown 3,421 miles away 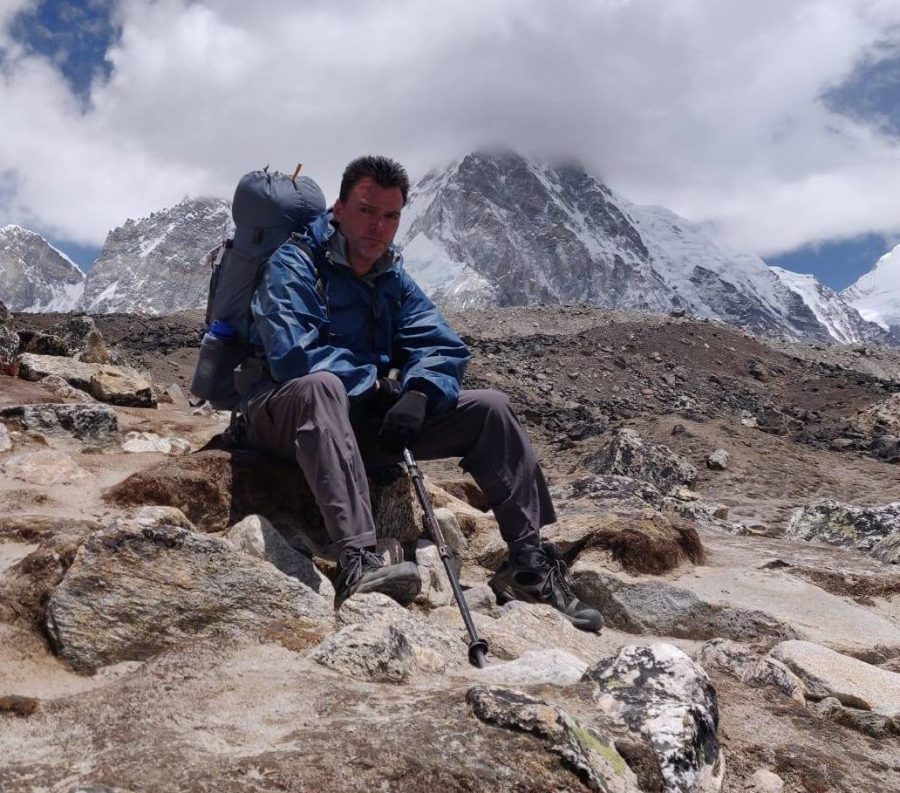 Conor Roddy’s arms glide through the snot-green sea looking for relief from the monotonous. Each stroke finds its way closer to the sandy shore of Forty Foot, which lies at Sandy Cove in Dublin, Ireland. As he towels himself off, he heads back to finish his work well into the night. This is no vacation, however. This is Roddy’s sudden, new life away from home.

Roddy, philosophy professor at MCC, has been stuck in Ireland since last year, at the beginning of the pandemic. What Roddy thought was a trip to visit family became an extended outing due to Ireland’s lockdown. It has been active since Christmas Eve, 2020. According to the CDC, Ireland currently has the highest COVID-19 rating Level 4. “People are not allowed to visit other households or to travel more than five kilometers [3.10 miles] from their homes. Most people are following most of the rules, but there are only so many walks you can take, and everybody is sick and tired of the restrictions,” Roddy said.

Right now, Roddy says he is doing “fair to middling.” He loves to travel, stating the hardest thing for him has been the loss of freedom. “I bought a guidebook to world music to explore unfamiliar artists on Spotify and have been visiting different countries vicariously through that and through international films,” continued Roddy.

Roddy said he has very little time to do anything on weekdays, feeling like every day is “Blursday.” Hikes around the mountainous plains, and swims in the Irish Sea break his daily routine of staying up late working during the weekdays. He says he practices Zen meditation to keep himself slightly less crazy.

Roddy, being a philosophy professor, says his favorite philosophers are like old friends. Quoting Nietzsche, Roddy noted, “If we possess our why of life, we can put up with anyhow.” He brought up how recent psychological research points to the importance of maintaining a “locus of control.” The more control someone feels they have in their life, the more their locus of control is internal. If not, then their locus of control would be more external. Roddy recalled a quote by Epictetus which reads, “Some things are up to us and some are not up to us,” which can show us how to focus attention on what we do have control over, ourselves.

Being a professor living in a different time zone teaching strictly online, there have been challenges. Roddy suggested spontaneity is more difficult online, and that it’s harder to build community or share a laugh with students. Being stuck behind a desk for so many hours a day has been quite a challenge for him. Ironically, Roddy has said in the past he used to joke that teaching would be a great job without his students. Now he misses them. “Online teaching sometimes feels like Hamlet without the Prince.”

But he is proud of his students who are going to school while juggling commitments, taking care of family members, having their own families, and working on the frontlines. Roddy’s advice to people at MCC is simple: “Be the second-best version of yourself! We are in the middle of a catastrophic pandemic. The best version of yourself is so 2019.” Though one of our own is away from home, he is still with us, even if it’s behind a screen.