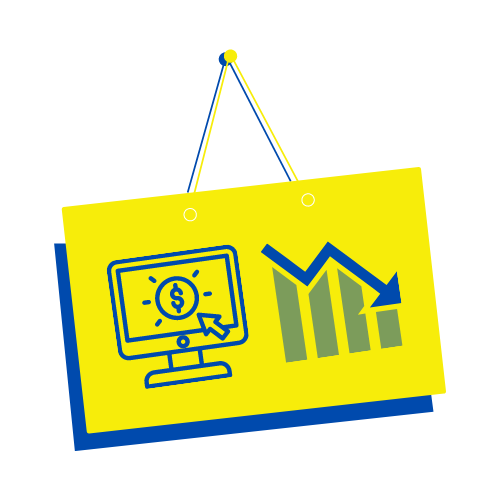 Community colleges across the country have seen a significant decline in enrollment rates since the beginning of the COVID-19 pandemic, and Muskegon Community College has been no exception to this.

“MCC’s student population has been on a downward trend for several years now,” said Kelley Conrad, the Vice President of Academic Affairs at MCC discussing the decline in students over the past year. “But the pandemic has most certainly had an impact as well.”

Student population has seen a significant decrease in student headcount over the past year with a population of 4,000 students in the fall of 2019 compared to the 3,477 students who have enrolled for the current semester; a 13 percent decrease within that span of time, and the first time in the past four years MCC has suffered a decline in full-time retention rates. Collectively, MCC has lost an estimated $1.8 million in tuition revenue produced by the aforementioned students lost.

“Student success is critically important, and we’ve worked really hard over that last decade to engage students, improve our teaching and learning experiences, and build holistic supports to help our students stay in school,” said Conrad. “While this isn’t surprising and it’s another indicator of the toll the pandemic has taken on our students, it’s disheartening.”

Dual enrollment student population experienced a loss of roughly 9 percent in the fall of 2020. MCC was fortunately able to regain 7 percent of those students. Dr. John Selmon, Provost and Executive Vice President reacted to the slight drop with hope in regard to the future of all newcomers at MCC.

“We want to give all of our incoming new students a sense of belonging,” said Dr. Selmon. “Whether it be those coming straight from high school, transfer students, or adults with no previous college accreditation, we want to make sure they know our learning environment is welcome to all.”

Trade program enrollment has also declined significantly across the country with a 10 percent decrease nationwide, and the Sturrus Technology Center has significantly felt the presence of this downfall with a loss of 33 percent of enrollees from the fall semester 2019 to the fall semester of 2020. Conrad, regardless of the decline, was optimistic for the future of the applied technology programs at MCC.

“Because of the machinery, we have a district technology center that is so current,” said Conrad. “And sometimes the training offered is so expensive for certain companies, that they bring their employees to us to train with our faculty on the latest equipment. Unfortunately, because of the pandemic, we saw a steady decline in those companies, but with the state refunding our programs, enrollment will start to build up again.”

MCC, however, has seen a significant decrease in expenses in multiple categories due to the shutdown of on-campus operations and utilization of online learning. Most notably, expenses via student services, plant operation, and public services were down 24, 7, and 17 percent, respectively. Total operating expenses were down by roughly 3 percent per MCC’s financial report in late June of 2020. The operating forecast was $800,000 less than the anticipated budget.

“Financing has been pretty stagnant despite the cut in expenses for on campus operation,” said Dr. Selmon. “Expenses in significant areas may have dropped, but they have been replaced by loss in revenue by lack of contact hours taken by students over the past year.”

The Futures-For-Frontliners scholarship has been a major attraction for incoming students at MCC, with 2,200 applicants under review by the state awaiting approval to come to MCC. Approximately 571 students were accepted last semester under the scholarship. The Michigan Reconnect Program offers scholarships for Michigan residents 25 or older with no previous college experience or credit to help them form a better future for themselves. MCC Vice President of Finance, Ken Long, shared his thoughts of hope for the future of the institution’s enrollment and funding, but he was also skeptical for the next year in that regard.

“With a governor and now new president committed to community colleges, perhaps we could even see increased funding at some point,” said Long. “We expect to see some uptick in enrollment in the fall due to F4F and Reconnect, but it could be another year before more students are comfortable returning.”